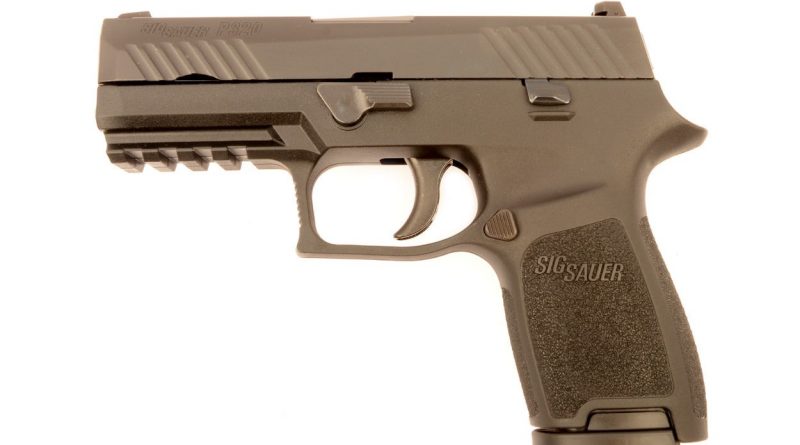 As I’m sure you’ve heard by now, the U.S. Army decided on January 19th, 2017 that the Sig Sauer entry to the Modular Handgun System competition was selected to be the new standard sidearm, designated M17. The M17, based on the relatively new Sig Sauer P320 (introduced in 2014), will soon be replacing the Army’s Beretta M9, which was based on the Beretta 92 series of pistols.

The M9, which was selected in 1985, has been less than satisfactory in service. From Yahoo News:

“Beretta tried to enter an updated version of the M9, the M9A3, but the Army barred it from the competition. The M9 was a generally unpopular weapon. In a 2006 report on U.S. infantry weapons, troops who had used the M9 in combat in Iraq and Afghanistan ranked it dead last compared to the M4 carbine, M16 rifle, and M249 squad automatic weapon. Only fifty eight percent of soldiers who had used it in combat reported satisfaction with the weapon. Of the four firearms, soldiers characterized it as the least accurate and worst handling. Even worse, twenty six percent of those who had actually used it in combat reported the Beretta had jammed.”

The new M17 Modular Handgun System (MHS) competition was introduced in January 2103, as it was realized that the M9’s service cycle was coming to an end. The M9, a big pistol no matter how you measure it, was getting long in the tooth. The U.S. Army wanted a new modular handgun platform that would allow the use of different grip modules to accommodate smaller and larger hands, something the M9 could not do.

The U.S. Army also wanted to entertain the idea of adopting a different caliber, such as  .40 S&W, or .357 Sig. (it is currently thought that the Army will stay with the NATO standard 9mm caliber.) Ease of adapting for a suppressor, improved manual safety placement, fully ambidextrous controls, improved ergonomics, and an integral rail for accessory attachment were also required. The pistol was to be a “non-reflective neutral color” to avoid detection, and was to be able to have a 90% chance of hitting a 4″ circle at 50 meters. Reliability requirements were 2,000 rounds between stoppages (jams), 10,000 rounds between failures (parts breaking/wearing), and a 35,000 round chassis service life. The Army’s Final Solicitation document, which contained details and terms of the military’s pistol request was a colossal 351 pages long. (!)

The contract is reportedly worth $580 million. The U.S. Army has requested a total of 280,000 M17 handguns, with the possibility of purchasing another 212,000. The pistols, which will only cost the U.S. Army $207 each, will also be provided with holsters, magazines, and other accessories such as grip frames and extensions.

The Sig Sauer P320 was slightly modified with a manual thumb safety per the Army’s guidelines, and introduced a bright orange loaded chamber indicator, and a small flap in the frame trigger window to keep dust and debris out of the pistol’s action. The pistol also boasts a removable panel on the top of the slide to accommodate optics. The M17, which will be purchased in the full-sized 17-round and compact 15-round variants of the P320, has a removable stainless steel serialized “Fire Control Unit (FCU)” that incorporates the trigger and other associated mechanisms. The FCU can be swapped into different grip frames and slide combinations to adapt the pistol to the user and the mission. 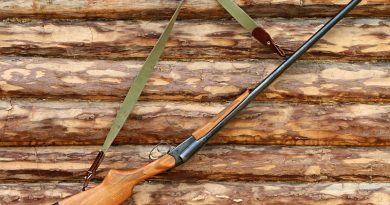 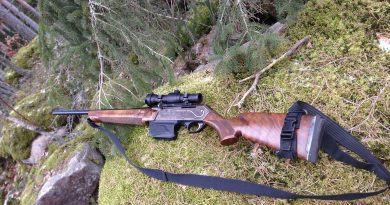 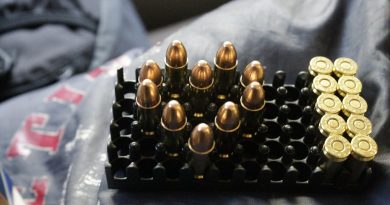