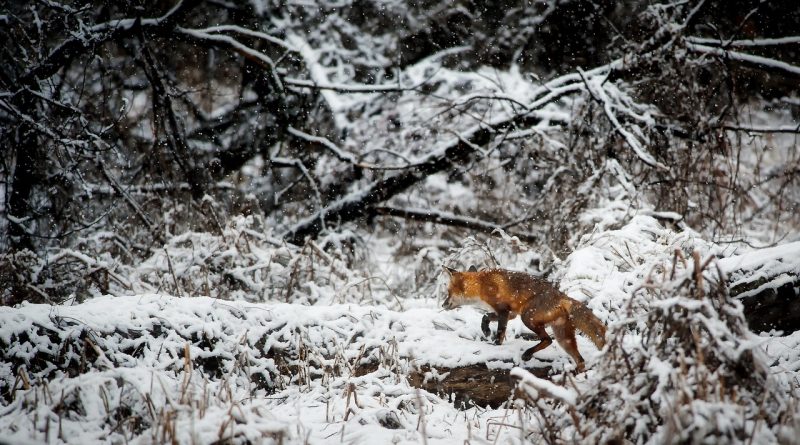 Hunting whitetails and cottontails across US states is an excellent pastime for some, and an occupation for other hunters.

Sadly, deer season doesn’t last the way we hunters want it to.

Most US states restrict deer hunting to few months each year, meaning there’s a time gap hunters have to fill.

But laws preventing deer hunting doesn’t mean you need to shelf your gun. As most pro hunters do, turning to hogs is an ideal solution for that need to squeeze shoulder area shots.

Hog season is much longer in several US states. And in some states like Texas, there’s no cap on hog season. With hogs competing with deer for the largest wild population (in excess of 2million hogs), there’s much to go around.

So, get your gun out and prepped now – it’s time to go hog hunting, winter-style.

And with these tips and tricks below, getting hogs out in the cold doesn’t get any easier!

Hogs are as predictable in winter as in every other season.

Most hogs will follow the same movements and end up at similar spots for several days if they’re not disturbed. Monitoring hogs with trail cameras is another trick to downing them in winter.

With several well-planted trail cameras, you can make the most of tracking those pigs in winter.

But here’s the thing – what hogs lack in wisdom, they more than make up for with their nose.

Hogs have a heightened sense of smell and will avoid areas with an unfamiliar scent. So, when you’re planting and checking your cameras, using cover scent is essential. With cover scent, most hogs will find it difficult to pinpoint you were there earlier.

After all the trailing’s done, you can consider getting your game where you want it for that shoulder shot.

Spot and stalk instead of sitting and waiting

Most wild hogs find several bushy areas to cover up their presence, particularly when it’s daytime. But during the winter, most high-grow leaves and brushes become less dense.

With such an advantage, it’s better to search for an hunt down pigs than to wait for them. The only time when sitting and waiting may be ideal in winter is if you’ve got night vision/thermal gear.

But if there’s no gear to fall back to, consider using the good old spot-stalk for your pig hunting.

Most US hunters prefer hunting hogs at night. Even if hog hunting when it’s dark is a proven, successful method, you can max out daytime hunting too.

And the advantage of pursuing wild hogs when it’s daytime are almost as numerous as nighttime hunting. First off, you won’t need anything like thermal or night vision to lead your way.

But it could be trickier to find feral hogs during the day, if you don’t know where to look. Feral hogs usually take cover from the sun’s heat under thickets and other natural shades.

Also, feral hogs will usually break cover to head into feeding areas when it’s winter, even during the day.

More trophy hogs are more prone to come out of cover during the day when it’s wintertime.

So, consider getting your regular scopes on, gun prepped, and ready to go. Who knows what you might find scouting your hunting area during the day?

Get those pigs where they eat

In states like OK and TX, there’s really not much snowfall. But that doesn’t mean these areas aren’t ideal hog-hunting spots, even during winter months.

Regardless of your location during the winter hunt, one thing is sure – those pigs will gather where there’s food.

Feral hogs need two things at all cost – food and moisture (water in their stomach and on their hide). And most trophy hogs need to eat to maintain their bulky figure, giving you several game opportunities.

Also, there’s hog baiting to try out if it’s legal where you plan to hunt. Get hog feed in large amounts and pour them onto feeders at strategic points where you’re sure of multiple kills.

When these lazy pigs that can’t search for food for too long draw near, squeeze shots onto multiple broadside hogs.

But remember, hog baiting has to be legal in your state before you try it out. If you try hog baiting when it’s not legal, you could lose your hunting privileges in a flash.

Hunting hogs in winter has several perks and keeps you sharp while awaiting the next deer season.

Weather changes play a huge role in their behavior, so watch for changes in the forecast when hog-hunting. And with these tips, you’re sure to return with a sack of meat after every trip. 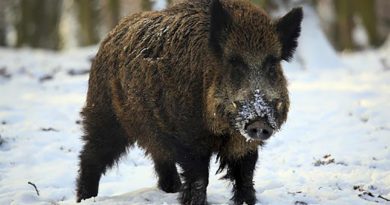 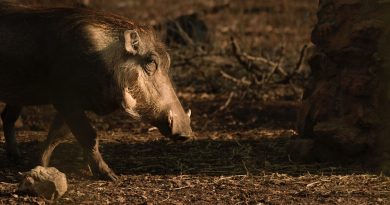 What You Need for Hunting Hogs at Night – Part 1 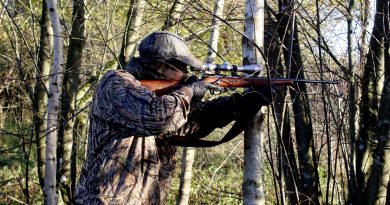